The statesman and author of a famous autobiography Nicolaus Bethlen was the offspring of a prestigious Hungarian aristocratic family of Transylvania. The Chancellor of Transylvania, the historian János Bethlen was his father and Borbála Váradi, a woman of bourgeois origin, was his mother. Nicolaus Bethlen commenced his studies in Alba Iulia under the famous educator and theologian Pál Keresztúri from 1652 to 1656. Then in 1656 he became the student of Isaac Basire, professor in Alba Iulia and former chaplain to Charles I of England. Finally, it was János Apáczai Csere, the encyclopaedia compiler and great Hungarian educator of the time, who guided the young Bethlen’s scholarly progress from 1658, first in Gyulafehérvár/Weißenburg/Alba Iulia, and then in Kolozsvár/Klausenburg/Cluj. Bethlen went abroad to carry on his studies in 1661. He first enrolled at the University of Heidelberg in July 1661, and then he left for the Dutch universities of Leiden and Utrecht in the spring of 1662. In 1663 he travelled to England where he visited Oxford too; in 1664 he spent the whole spring and summer in Paris, where he received a letter from Louis XIV to personally deliver it to the Prince of Transylvania.

Bethlen returned home in July 1664, and spent some time with his father, only to leave for the court of the Ban of Croatia (viceroy) Nicolaus Zrínyi in Csáktornya in August of the same year. Here Bethlen witnessed Zrinyi's death caused by a wild boar during a hunt (a rather ambiguous affair subject of wild speculations until now), which he recalled and elaborately narrated in his autobiography. Later he went to Venice and Vienna with István Vitnyédi, Zrinyi's much-trusted advisor. In the summer of 1666 he attended a meeting of the so-called Wesselényi conspiracy (a failed magnate conspiracy against the Habsburg government, also known as the Zrinsky-Francopan conspiracy in Croatia, brought about by the unpopular Peace of Vasvár between Emperor Leopold I and the Ottoman empire) , where his relationship with Vitnyédi deteriorated.

He was increasingly involved in Transylvanian political contests, and was arrested together with Pál Béldi the Supreme Commander of the Szekler estates on April 23, 1676 (even if on false accusation), so he had to spend one year in prison in Fogaras (Făgăraș). After his release, he issued a letter in defence of the Protestant ministers (Epistola ad Ministros Exules), published as an appendix to the, Apologia ministrorum evangelicarum Hungaria, a manifesto written by the persecuted Hungarian Protestant priests.

After the death of his first wife he wedded again as he married Júlia Rhédey on February 8, 1686. 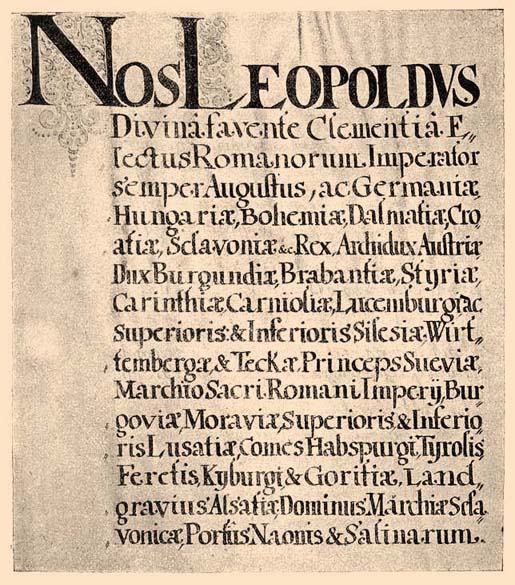 In 1688 he compiled for the emperor a reform proposal, Moribunda Transylvania, about the new legal settlement of Transylvania. He undertook an important role in the acknowledgement of the Diploma Leopoldinum (1690), a document establishing the renewed relationship of Transylvania with the Habsburg monarchy.

In 1691 he was elected Chancellor of Transylvania at the diet of Fogaras. He held this position beside Governor György Bánffy until 1704. In 1696 he was bestowed with the count title.

Until 1701 he visited Vienna several times as a deputy. Faced with the governmental intentions of the Habsburg absolutism, in 1704 he wrote a pamphlet entitled, Columba Noe urging the transformation of Transylvania into an independent principality. He wished to forward this document to the English and the Dutch deputies in Vienna, but General Rabutin, the Austrian Commander in Chief in Transylvania, confiscated it and used it against Bethlen in order to formulate the charge of high treason.

On 1704 he was removed from his Chancellor position and arrested. Until 1708 he was imprisoned in Nagyszeben (Sibiu), and on May 1st, 1708 he was transferred to Vienna. During the trip to Vienna he stayed five weeks in the prison of Eszék (Osijek), where he commenced his Autobiography and Prayer Book, which he finished in January 1710 in Vienna. During those days he also wrote his Latin autobiography under the title Sudores et cruces Nicolai comitis de Bethlen. Even if he was acquitted of the charges in 1712, he could not return to Transylvania. He died in Vienna far from his homeland and family on October 27, 1716.